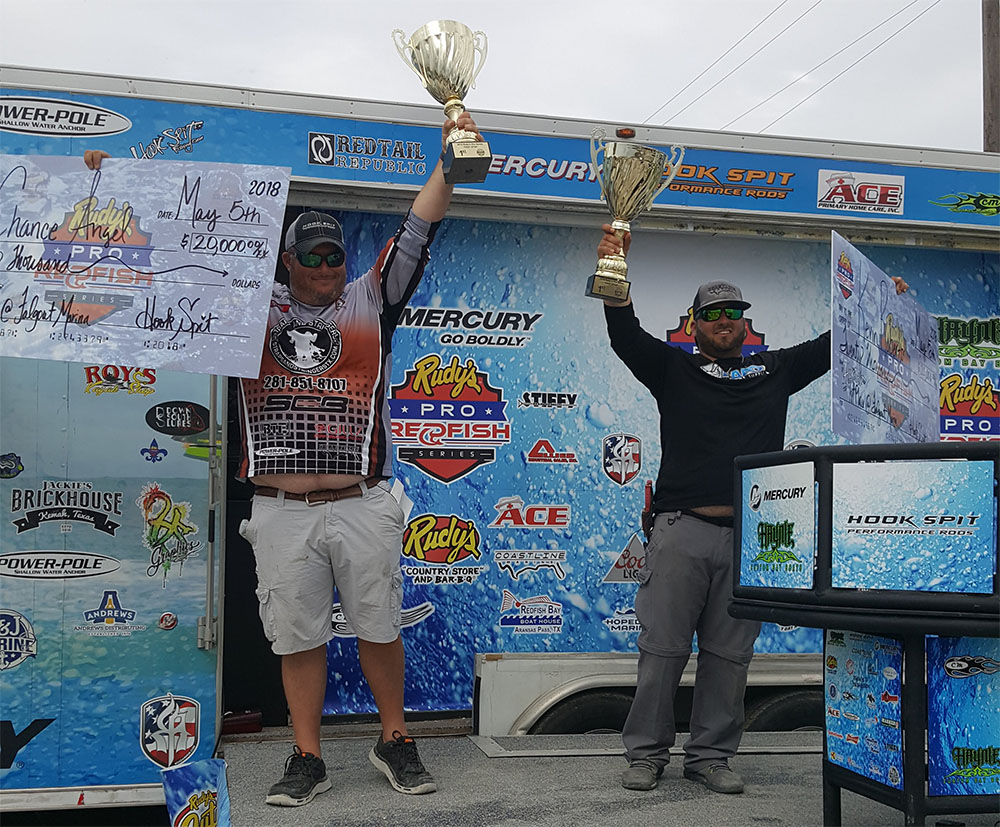 The Gulf Coast Tournament Association kicked off the 2018 Rudy's Pro Redfish Series in Houma, Louisiana at Falgout Marina this past weekend. The weather was amazing, the sun was out, no clouds and light winds. A lot of outflow from the Mississippi River and other close by estuaries has created muddier conditions than normal which made it harder for the teams to get their work done with low visibility.
We filled ourselves during our Captains Meeting while Eddie Adams and some of the other pros and the GCTA crew cooked up 12 sacks of select crawfish and all the fixins for everyone.
The weather could not have been better for the kick-off day. Sunshine and light winds made for the perfect day of fishing. Safelite was approaching as we started our prayer and National Anthem. The field was ready to roll so as we started releasing numbers they were off.
GCTA and it’s crew started setting up for the days events with plans of cooking a huge pot of jambalaya with all the fixings for the boys after They got back from day one. As it got close to we started getting ready for our anglers to see what weights they had on day one! While we were weighing in we celebrated Bobby Sullivan’s Bday with families and teams that were there to support one another. So after all the Jambalaya rolls and Birthday day cake was gone it was time to see who was on top at the end of day one.
Well, the team to be holding down first was Chance Angel and Kevin Roberts with the weight of #16.64 lb. This will leave them sitting pretty going into day two. Now that all the teams where full it was time for them to go get some much-needed rest for day two. As we start day two the last and final day of our 1st stop in the 2018 Rudy’s Pro Series in Houma Louisiana. All boats got inspected and were pumped to see the box they could put together for day two. The weather was a little different from the day before, a few clouds in the sky plus there was more of a breeze not slick calm. GCTA STAFF members got everything ready for day two.
The time has come to start weigh in and teams started coming to the scales with their biggest two fish! After all, teams made it to the scales the team of Chance Angel & Kevin Roberts held the top spot for both days with a total two-day weight of 32.96 lb. Congratulations on a great win for the 1st stop to the 2018 Rudy’s Pro Series. Following right behind them was the team of Kevin Akin & Eddie Adams with a two-day weight of 30.84 lb. took second place with 3rd place going to Jaime Pinter & Glenn Winningham with a weight of 30.59 lb. Congratulations to all teams and thanks for making this a great event.
Next stop St. Bernard Parish in June see you there everyone!!!